My contribution to the 60th anniversary Creature From the Black Lagoon group art show at Creature Features gallery in Burbank, Ca. Did you realize there was a 4th CFTBL film planned in the series? The 3rd film brought him to civilization and dressed him in clothes. Next would be the inevitable domestication of the creature: 50’s bombshell wife, suburban home, middle class job, pet and mutant child. Universal scrapped the idea after they couldn’t sign Marilyn Monroe to play his wife. A late 50’s attempt was made to turn the idea into a t.v. sitcom, but alas, the show failed to be picked up by a network. The last scrap of this failed suburban version of the Creature can be seen in his brief appearance on The Munsters in the mid 60’s.

A 12″ x 18″ print is available on high quality archival paper $20, plus shipping and handling.

The Original Artwork is Sold! 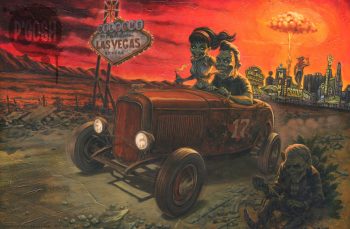 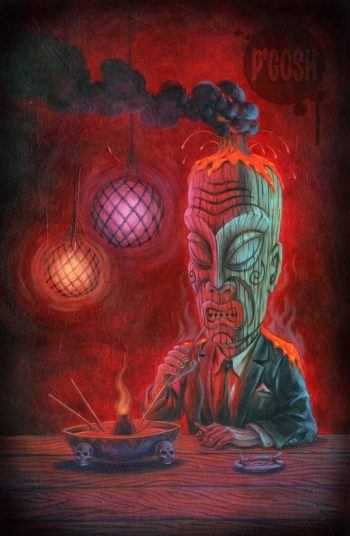 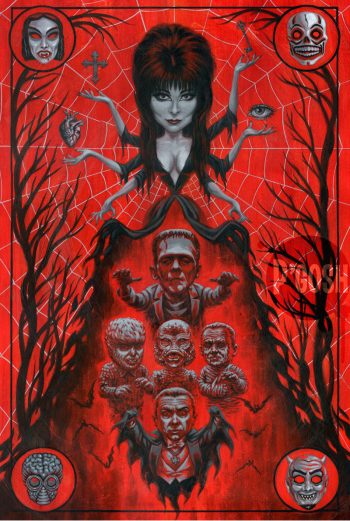 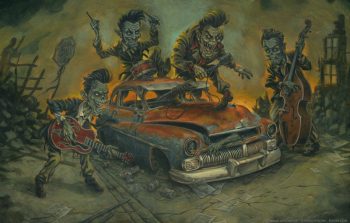 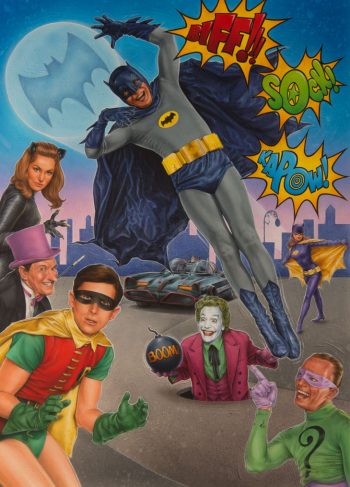 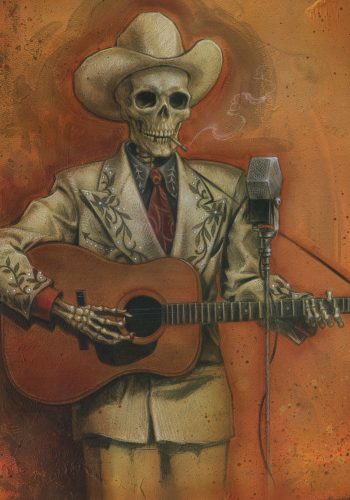 To the Friends We’ve Lost Along the Way 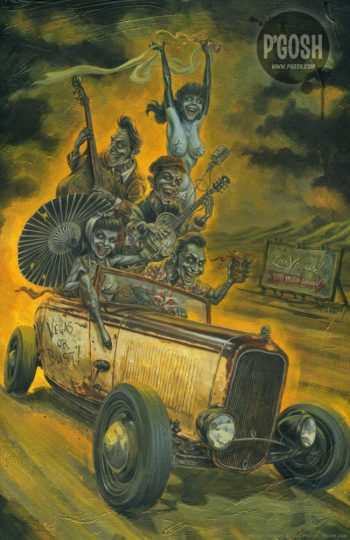 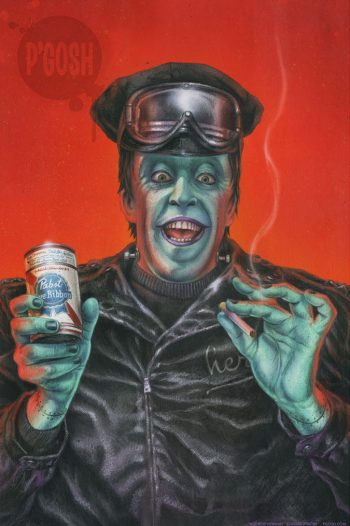